The Spatial Configuration Task was created to be a quick and reliable measure of one's ability to generate and use a mental representation of a simple virtual environment. In the default implementation of the task, there are 5 simple geometric objects in a space-like virtual environment. At each trial, the user has to infer the unseen object that they are looking from - that is, the object the camera is 'sitting on' - based on the objects they can see. As the user never sees the entire environment at once, they begin by guessing. As the camera moves about the environment over successive trials, the user can begin to build a mental representation of where the objects are in relation to eachother, and use that representation to respond accurately. You can view a tutorial video explaining this task here: https://youtu.be/4gjRgqunI_M; this is the same video that participants are prompted to view in the in-task instructions.

In this task, the 5 objects above are arranged pseudorandomly in the environment. At each trial, the camera will be placed on an object, and will be viewing at least 2 other objects. You are required to identify which object the camera is placed upon (i.e. looking from) at each trial.

After making a selection, the camera will move to a new object, viewing another set of objects, and the next trial will begin. There will be a total of 60 trials. The position and rotation of the objects in the environment does not change. When you start, you will be unfamiliar with the environment, simply guess if you are unsure of the correct response.

We have a short tutorial video for this task available online. If this is your first time performing the Spatial Configuration Task, we recommend you watch this video by pressing '1'. This will open the video in your default internet browser.

The environment is generated by selecting a random permutation of 5 objects from the 7 possible objects below: a cube, cylinder, icosphere, pentagonal prism, tetrahedron, top, and torus. 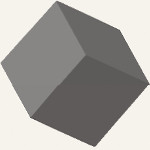 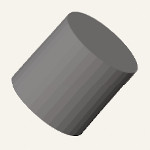 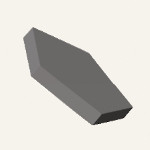 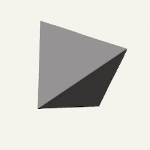 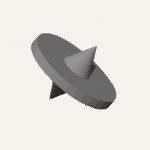 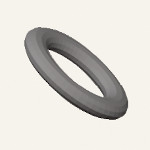 These objects are laid out in a roughly circular pattern in the virtual environment, and between trials the camera moves between objects. A sample layout and trial pair are depicted below. 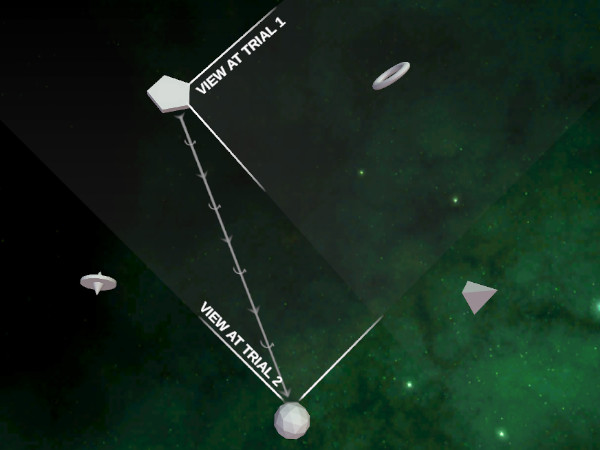 A depiction of the camera movement between two sample trials.

After a participant responded at Trial 1, the camera would move from the pentagonal prism, the target response for trial 1, to the icosphere, the target response for trial 2. The camera begins rotating slightly before translating to prevent the user from guessing the target object from the initial translation vector (as the next target object is occasionally in view at the previous trial). During the task, the camera remains in-plane with the objects, and only two objects are simultaneously covisible. A top-down view is never shown to the user. 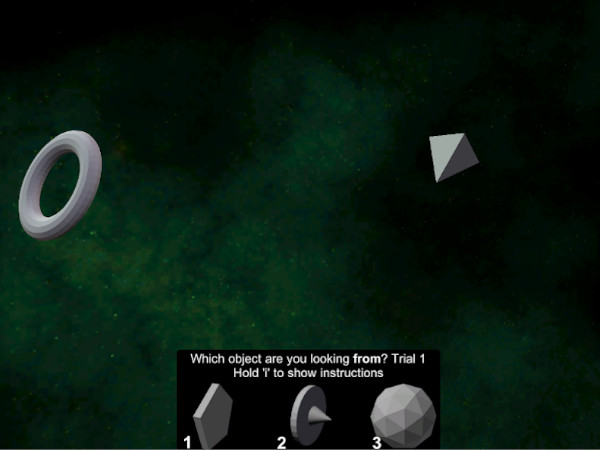 The user's view from the 'Trial 1' depicted above. Option 1, the pentagonal prism, is the target response. 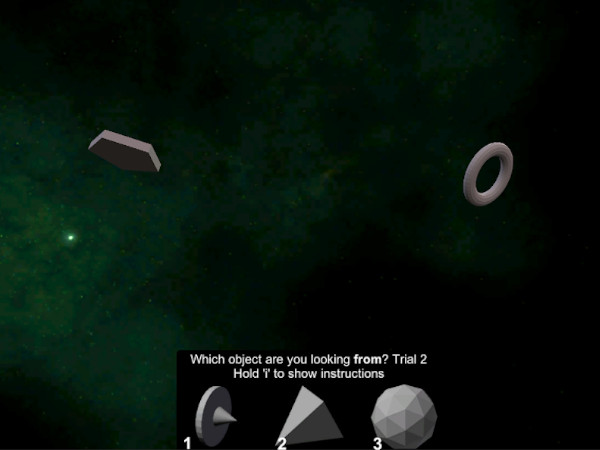 The user's view from the 'Trial 2' depicted above. Option 3, the icosphere, is the target response.

Default implementation has 60 trials, each with: 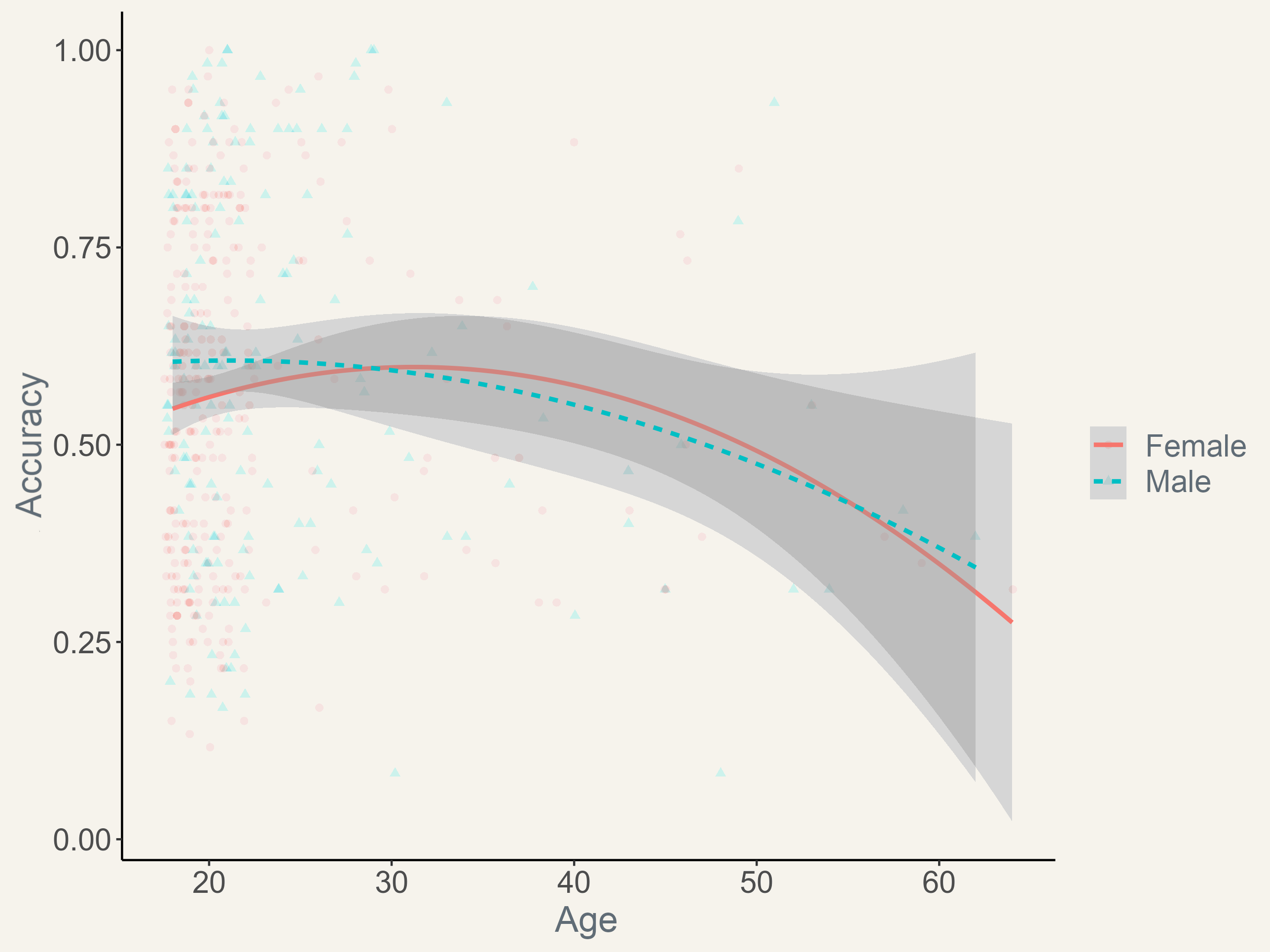 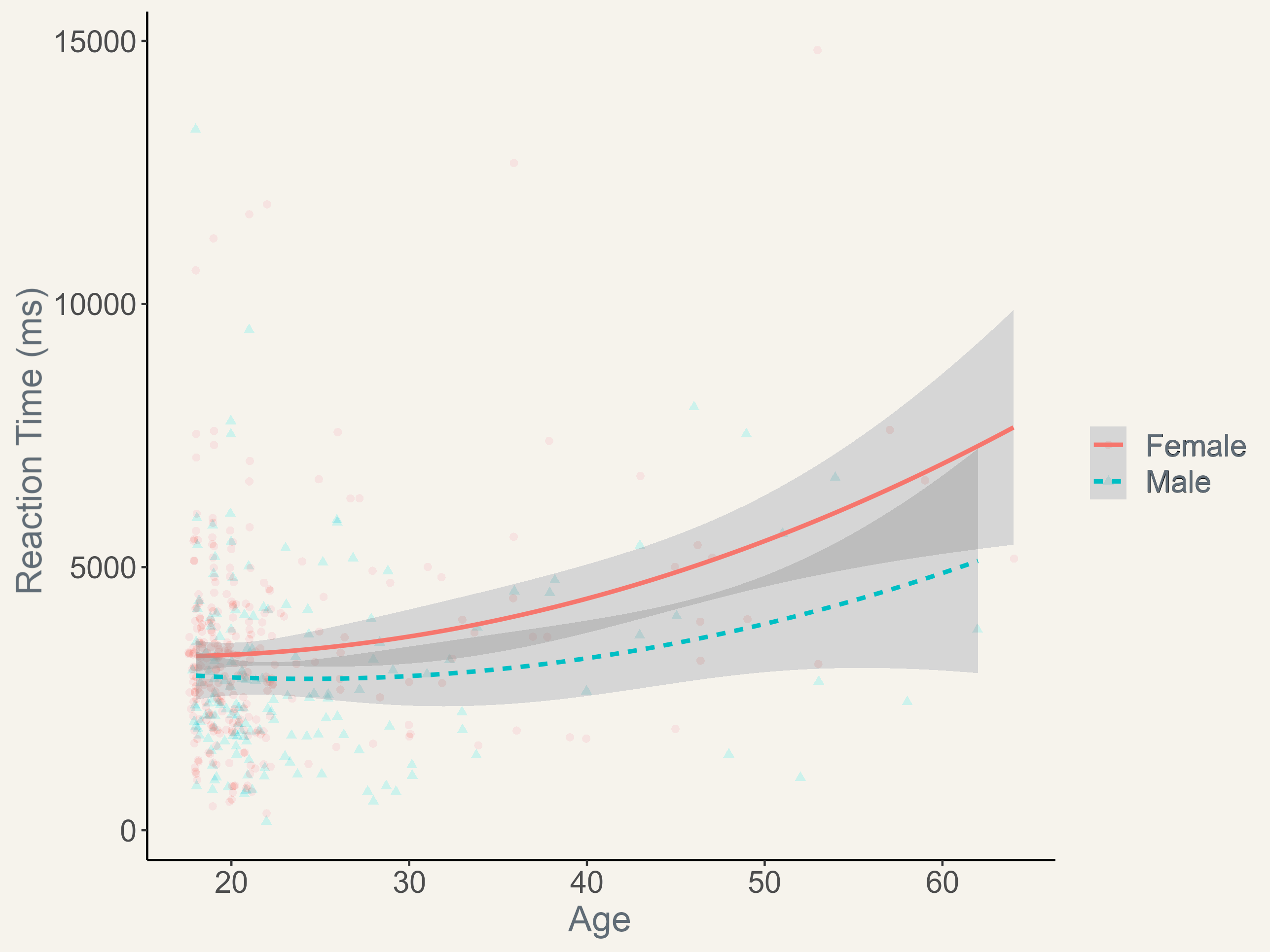 Peer-reviewed publications using this task:
2020 - Aerobic Fitness Is Unrelated to the Acquisition of Spatial Relational Memory In College-Aged Adults 🔗
2020 - A pilot study evaluating the effects of concussion on the ability to form cognitive maps for spatial orientation in adolescent hockey players 🔗
2020 - A Novel Training Program to Improve Human Spatial Orientation: Preliminary Findings 🔗
2017 - Dorso-medial and ventro-lateral functional specialization of the human retrosplenial complex in spatial updating and orienting 🔗

You can download image assets to assist you in creating figures of the GettingLost.ca Spatial Configuration Task: spatial-configuration-sample-images.zip, 605 KiB. These files, and other information on this page, are licensed under a CC BY 4.0 license.